A collaboration with Robert Root-Bernstein 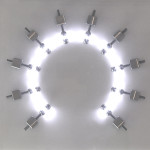 ReBioGeneSys is also a fully functioning scientific experiment capable of being reconfigured into any real or imaginary world, be it Venus, Titan, our prebiotic Earth or Middle Earth. By combining in one set of integrated processes all the research on origins of life by scientists such as Darwin, Oparin, Haldane, Miller, Deamer and Szostak, ReBioGeneSys creates “mashed-up” extreme minimal ecosystems theoretically capable of forming the self-organizing chemistries necessary to produce semi-living molecules and perhaps even protocells.

The piece probes the historical, philosophical and scientific debate about origins of life and the dualistic argument between vitalism and mechanistic or deterministic materialism view of the workings of life. Historically, the vitalists of the 20th century believed that “life” consisted of something “special” or unique that existed outside of the material world and could not be found by taking a living thing apart (wholism) while the mechanists believed that “life” could be explained by “physico-chemical” processes that were deterministic, mechanistic and could be understood from the study of its parts. 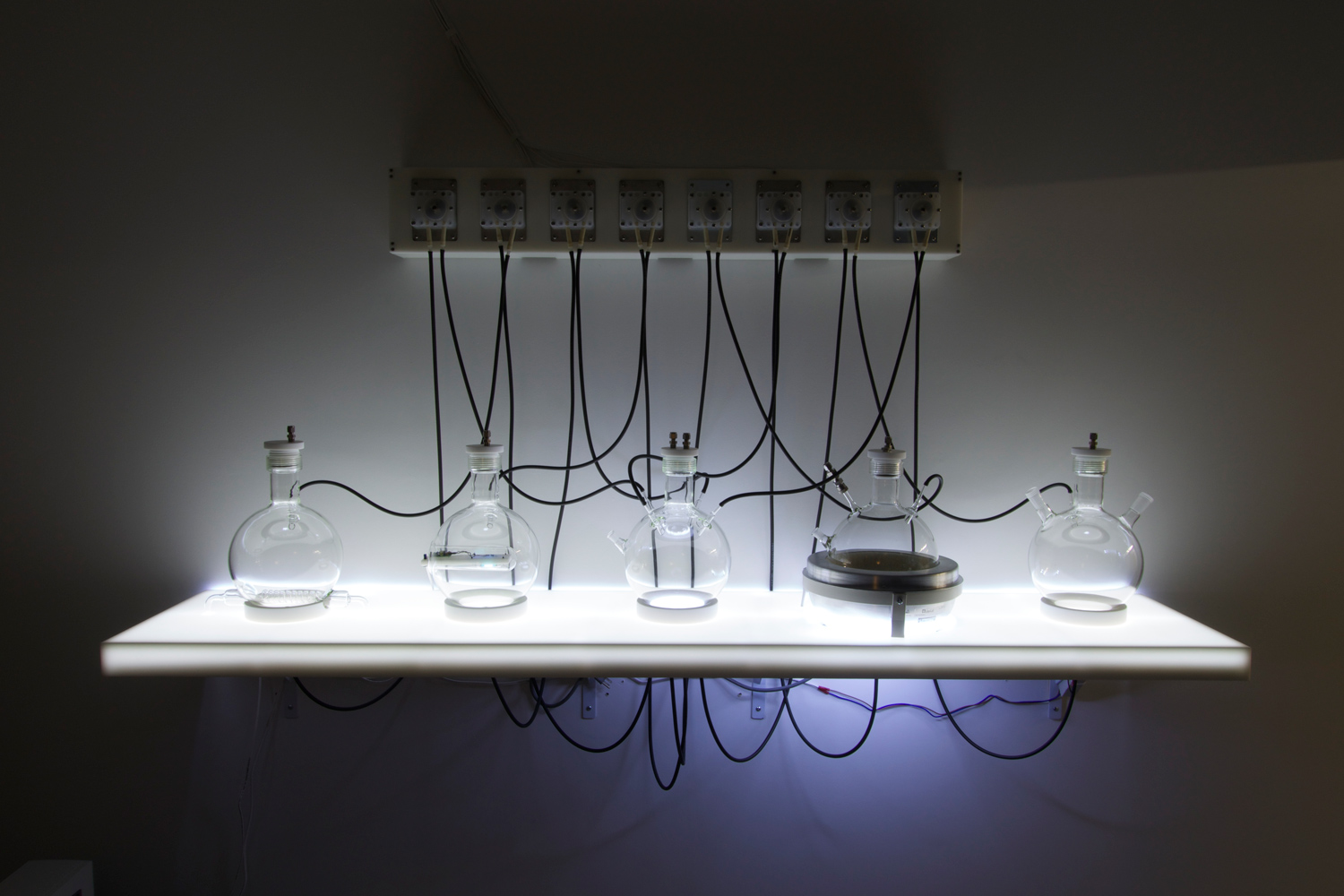 These Cartesian binaries have shaped our thinking throughout the centuries resulting in the creation of artificial distinctions between ideas such as organic and inorganic, alive and dead, and human and nonhuman.  Is there a middle ground, a paradigm that does not make such distinctions? Is there a model that takes into account emergent processes, complexity, energy, materiality and evolution? Can the artist’s approach to these problems complement the scientists to yield a more unified vision of the processes that link living with non-living?

Artistically, ReBioGeneSys also draws on the legacy of artists such as the myth of Pygmalion and the attempts of Jacques de Vaucanson to create “living” sculpture. But ReBioGeneSys is the first installation ever created that actually does have the ability to evolve itself. A system that can evolve by means of natural selection must incorporate means of not only producing living matter, but also to select among the matter it produces that which is best adapted to that minimal ecosystem. This cycle of production and selection must operate over and over again across time creating a process of self-improvement that spirals back to a slightly more evolved place each time. Unlike Galatea, who when fully formed, suddenly comes to life, ReBioGeneSys is always coming to life. 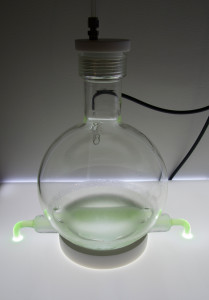 A system that can evolve by means of natural selection must integrate five processes. The first is a means of creating variations among the elements of the system. The second is the over-production of these elements so that not all can survive. The third is a way to non-randomly select among the variations so that those elements that do survive have a different distribution than the elements that were originally present. And the fourth is a method to reproduce the surviving variants so that that population of elements changes over time. Finally, this process must be reiterated over and over again so that the element are modified with each passing generation. The result of such an integrated set of processes is a continuous cycle of over-production-selection-reproduction that results in adaptation over time – in short, evolution.

The first step toward creating such a self-evolving system was taken by the chemist Stanley Miller in 1955 when he filled an apparatus with hydrogen, methane and ammonia gases in the presence of water vapor and subjected these to a repetitive lightning-like electrical discharge. Within days, Miller produced several types of amino acids, key chemical constituents of the proteins that are keys to life. We transformed Miller’s experiment into a working sculpture-performance art piece called “Origins of Life, Experiment 1.x” that added the means to resupply the system with fresh gases, water and minerals so as to over-populate the chemical species in the system. This over-population drove the chemical syntheses in new directions so that we were able to obtain not only amino acids, but sugars, fatty acids and lipids, and even nucleic acid bases and ATP – the entire range of chemical compounds required to build the constituents of a cell! These results will be submitted for publication during 2015. But there was still no ongoing cycle of over-production-selection-reproduction to drive evolution.

ReBioGenesis is our answer to the evolution problem. ReBioGeneSys is augmented by several features that provide multiple means of chemical production and processes for carrying out non-random selection. What makes ReBioGeneSys different from all previous attempts to reproduce life, whether through art or science or both, is that it contains within itself the entire cycle of self-evolving processes. All known natural conditions such as desiccation/hydration, freeze-thaw and day-night cycles, exposure to UV light, electrical energy, and heat are incorporated into one apparatus. Any possible environment can be simulated or invented. Prebiotic compounds are not only synthesized, but selectively destroyed, some surviving to participate in further evolution, others going extinct.

Every permutation of every environment that might support life is incipient in ReBioGeneSys. What evolves is simply a matter of how many permutations need to be explored and how long it takes to explore them. If life can evolve, then it will. The evolution of the sculpture is inherent in its materiality and the processes it carries out, independent of the human beings that sculpted it, unaffected by the transience of the audiences that view it. An incarnation of new materialist philosophy that nonetheless is designed to produce a vitalistic outcome, ReBioGeneSys is an artifice designed not to mimic, but to produce nature itself through self-sustaining, ever-recursive autopoesis.

RBGS with narration from Electronic Art and Intermedia on Vimeo.