For centuries, the great monotheistic religions, such as Catholicism proliferated stories about autonomous human mastery over all other organisms. Touting that man was made in god’s image has blinded us to the fact that we are indeed interconnected to nature and that our histories have been influenced by non-human species. [ir]reverent: Miracles on Demand is an artwork that examines the impact of invisible microbial agents on the course of human history and belief systems. 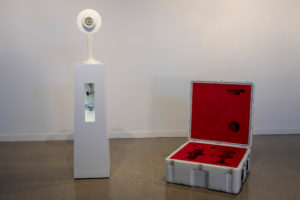 … as nothing happens in nature which does not follow from her laws, and as her laws embrace everything conceived by the Divine intellect, and lastly, as nature preserves a fixed and immutable order; it most clearly follows that miracles are only intelligible as in relation to human opinions, and merely mean events of which the natural cause cannot be explained by a reference to any ordinary occurrence, either by us, or at any rate, by the writer and narrator of the miracle.
– Baruch Spinoza (Theologico-Political Treatise) 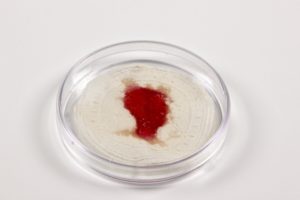 Countless historical accounts of blood flowing from bread were recorded during the classical period of antiquity, the middle ages as well as modern times. Blood miracles were used as a complex anthropogenic currency to justify everything from corrupt human conquests and evidence of divine agency, to anti-Semitic persecution.